Matt Goodsell has been longing to teach the Word of God to political leaders for such a long time that he’s not going to let the small matter of the Missouri Legislature being out of session the very month he was named CM’s Ministry Leader get in the way.

“This is the most important mission field in the world today,” he said.

And so, with senators and representatives in their home districts during the summer session break, Pastor Goodsell is beginning a Bible study to those who are still at work in the Capitol Building, the legislative assistants.

“When I went to the Capitol Building in the beginning, many legislative assistants told me they wish they had a Bible study just for them and I’m going to create that. I think it is a great way to start serving people in office.”

When the legislature is back in session, Pastor Goodsell will establish a separate discipleship Bible study ministry to Missouri senators and another to representatives.

“I want to see this ministry grow,” he said.

Ultimately, he is considering adding a fourth Bible study for staff, acknowledging that he may need to call upon others to help lead some studies because he is also senior pastor at Ashland Baptist Church which is about 20 minutes away from the capitol building.

“I may bring others to assist, but I feel called to be in the capitol to teach political leaders and I feel called to be the pastor of the Ashland Baptist Church, as well. I know God is in this effort so big. He has been preparing the way for a very long time.” 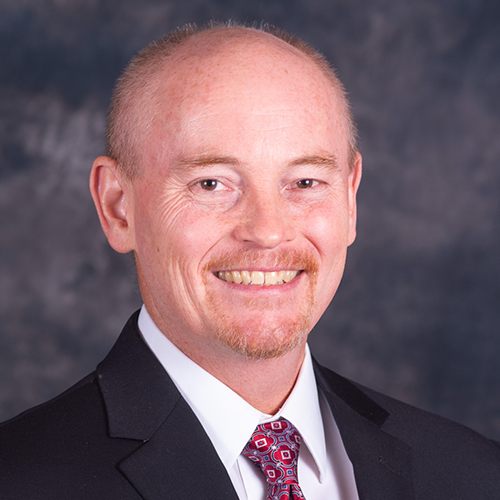 Teaching the Word of God to political leaders has been on Pastor Goodsell’s heart since he lived in his home country of Australia where he met Katie, the American woman who was to become his wife. They were both ministering to people on the streets of Sydney during the 2000 Olympics, he was working with the Pocket Testament League of Australia, and she with the Pocket Testament League of America.

Smitten after only two weeks, he traveled to Nebraska to court Katie. They were married in Nebraska and after a year’s stay in Australia, moved to America where Pastor Goodsell served as pastor in Missouri churches and the couple raised their family, Juliet 15, Caleb 13, Josiah 9, and Nathanael 7.

As a youth in Australia, a burden was placed upon Pastor Goodsell’s heart to reach political leaders but he didn’t really understand the calling. Once settled in Ashland, Pastor Goodsell was drawn to the Missouri Capitol Building and was invited to visit there by his representative, Rep. Sara Walsh, D-50. After that visit, he went often to the Capitol Building seeking opportunities to share the Gospel of Jesus Christ with elected officials.

Hoping to learn a good way to launch a ministry to political leaders, he conducted an internet search and found that Capitol Ministries had already created the methodology for ministry and had launched discipleship Bible studies in the nation’s capital, in many states, and foreign nations. It was exactly what he wanted to do in Missouri.

He talked with Perry Gauthier, CM’s North America Director, and learned that Capitol Ministries was the first to exclusively make political leaders its mission field.

Finding a ministry with credibility, a single focus, and proven method, in June 2019, Pastor Goodsell became CM’s Ministry Leader inside the government building where he once walked the hallways hoping for the opportunity to share the Gospel.

The congregation of Ashland Baptist Church is in total support of the ministry as is his family, and wife Katie will soon begin ministering on a limited basis with her husband.

Pastor Goodsell has decided to begin his Bible study at the very beginning with Genesis 1, verse 1.

“Without the book of Genesis, none of the rest of the Bible makes sense,” he said. “Everything is found in Genesis such as the foundational doctrines of Christianity, the Trinity, God in the flesh, why there is grief and death and destruction in the world, the temptations of the devil, the promises of God, and a correct biblical view of creation, and some of this is just not taught in the church today, I’m finding that out.”

“My heart’s desire is to be a partner in this great effort to reach political leaders. I want to reach them with the Gospel of Jesus Christ.”

“You can push for better laws, but that would have to be done on every single bill. We go past that and go straight to the person who is going to vote. And I believe if that person is truly saved, I will trust God that he or she will be making the right decisions every single day.

“People can give to a lot of missions and ministries, but this one will effect real change.  The best thing that can happen in any nation is to have leaders who are faithful to the Gospel.”