News and Views From Capitol Ministries®
You are here: Home / Ministry Updates / Montana Pastor Promotes Local Government Ministries, Encourages Others to do the Same: “This Would Be Great in Any State!” After circumstances delayed him in establishing a Bible study-based ministry to Montana state legislators last year, Pastor Michael Johnson directed his passion for evangelism in a different direction – to local political leaders. 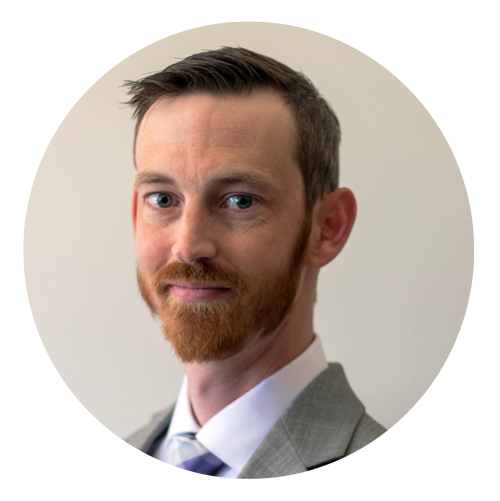 His ultimate objective is still to build a discipleship ministry to state leaders, but until he can do that, Pastor Johnson is using this temporary downtime to encourage individual Christians – retired pastors, lay pastors, Sunday School teachers, and those who sense a call – to lead weekly Bible studies to local leaders in their communities.

The mission to teach God’s Word to community-level public servants is one that CapMin has been working several years to achieve through Local Government Ministries (LGM). The mission is beginning to pick up steam through the efforts of Dr. Dan DeShong, CapMin’s Director of LGM, and Former U.S. Secretary of Energy Rick Perry who is spearheading the national effort.

Working in concert with those efforts is Pastor Johnson who is reaching out to individual Christians through local Montana churches.

As pastor of the Big Sky Fellowship Church in Helena, Pastor Johnson understands well the local church’s limited resources and so he is taking the message to members of the congregation.

He began with his own church, an affiliate of the Southern Baptist Convention (SBC) which is known for its strong commitment to evangelism.

After finding “overwhelming support” among members of his own church, Pastor Johnson networked with pastor friends in nearby SBC-affiliated churches and asked to speak to their members.

At evening pot-luck suppers and after-church coffee and home-made desserts, Pastor Johnson has been talking about Capitol Ministries, its mission to make disciples of Jesus Christ in the political arena throughout the world, and the intention to plant  discipleship Bible studies to local government political leaders in the 40,000 incorporated communities across the United States.

“The strategy is not to ask the church itself because they have pretty strict budgets,” Pastor Johnson said.

“I’m asking individuals and families to become prayer partners, support the effort through donations, or become involved by leading Bible studies to their local city or county commissioners, judges, school boards, or public servants in other local offices.”

Evangelism had always been a very high priority for Pastor Johnson, but he didn’t consider political leaders as a mission field until he was recruited to join Capitol Ministries in 2019 to lead weekly discipleship Bible studies to members of the Montana Legislature.

He became passionate about teaching the Bible to public servants after he read Ralph Drollinger’s book, Rebuilding America: The Biblical Blueprint. The book examines Scriptures in both Old and New Testament that illustrate the high priority the Bible places on reaching “kings and all that are in authority” with God’s Word.

“Of course we need to take the Gospel to everyone, but political leaders is one of the most unrecognized groups that needs to be reached,” Pastor Johnson said.

“They weren’t even on my radar until I read Ralph’s book. I was thinking about reaching tribes in Papua New Guinea, and they certainly are important, but we here have the most influential group in the world in our backyards and no one is thinking about them.”

After being named CapMin’s Ministry Leader for Montana, Pastor Johnson’s attempts to establish a ministry to state legislators were stalled due to COVID-19 meeting restrictions. Further complications include that the Montana legislature meets only for 90 days every other year, and that legislators are elected every two years which means every session seats a new group of lawmakers.

Keeping in touch after session closes in April is also daunting. Representatives and senators go back to farms, ranches, and assorted jobs that are scattered across a sprawling land mass of 145,552 square miles in the 4th largest state in the union.

Even so, Pastor Johnson’s primary objective is to establish an ongoing Bible-study ministry to legislators and another ministry to the state’s administrative branch and Constitutional Officers. As he works toward those objectives, he is spreading the word about LGM so the state’s public servants at every level are reached with the Word of God. 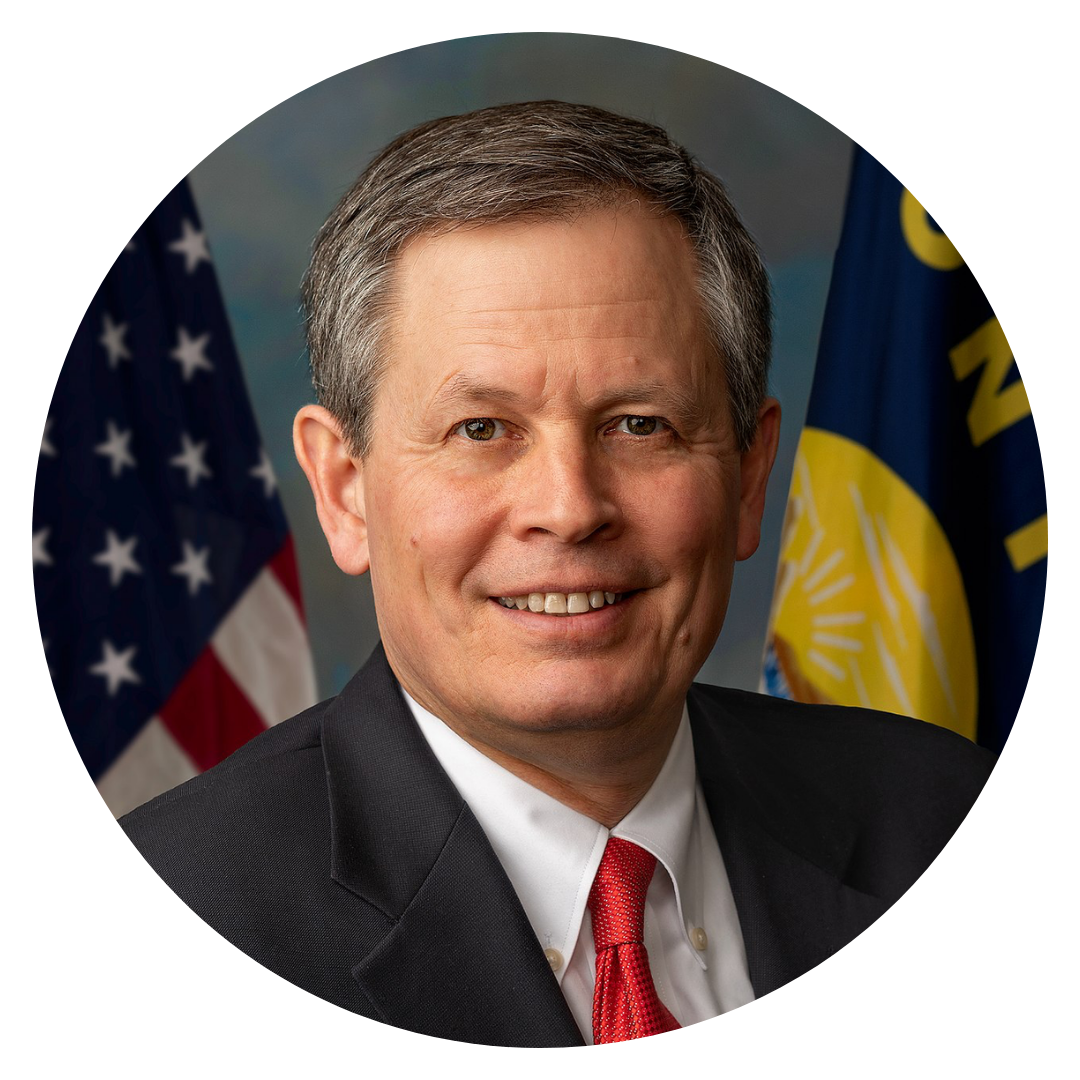 “Serious Bible studies not only benefit we public servants, but through our work in policy and legislation, they benefit society as well. I heartily support these same in-depth Bible studies for local government leaders. Through these studies, God’s Word is preparing the hearts of the future leaders of our nation.”

Pastor Johnson also views the effort as foundational. “When you reach state leaders, you are laying the groundwork for our future national leaders. The future of our nation is at stake.”

Drollinger has often said, “How can we expect those who do not know the Author of Scripture to write policies and laws in keeping with His precepts?” 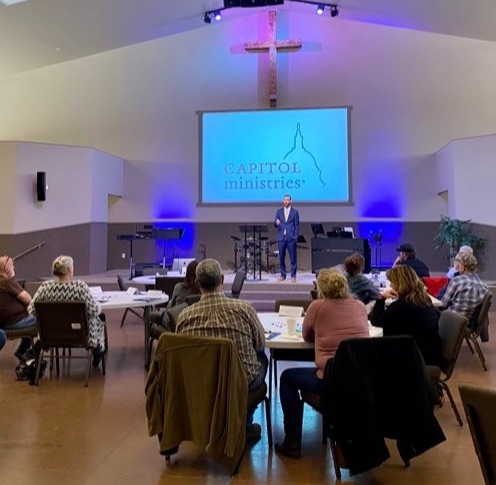 After speaking in several churches, Pastor Johnson said the response to the idea of planting ministries to local elected leaders has been overwhelming.

In all the churches, nearly everyone wanted to participate in some way. One woman told Pastor Johnson that she had just received a $500 bonus from work and wanted it to go to the effort to teach local leaders God’s Word.

Pastor Johnson hopes other pastors and others who sense a call will be inspired to talk about LGM in their own Sunday School classes and after church pot lucks across America.

“This works great in Montana, but this would be great in any state!” he said. 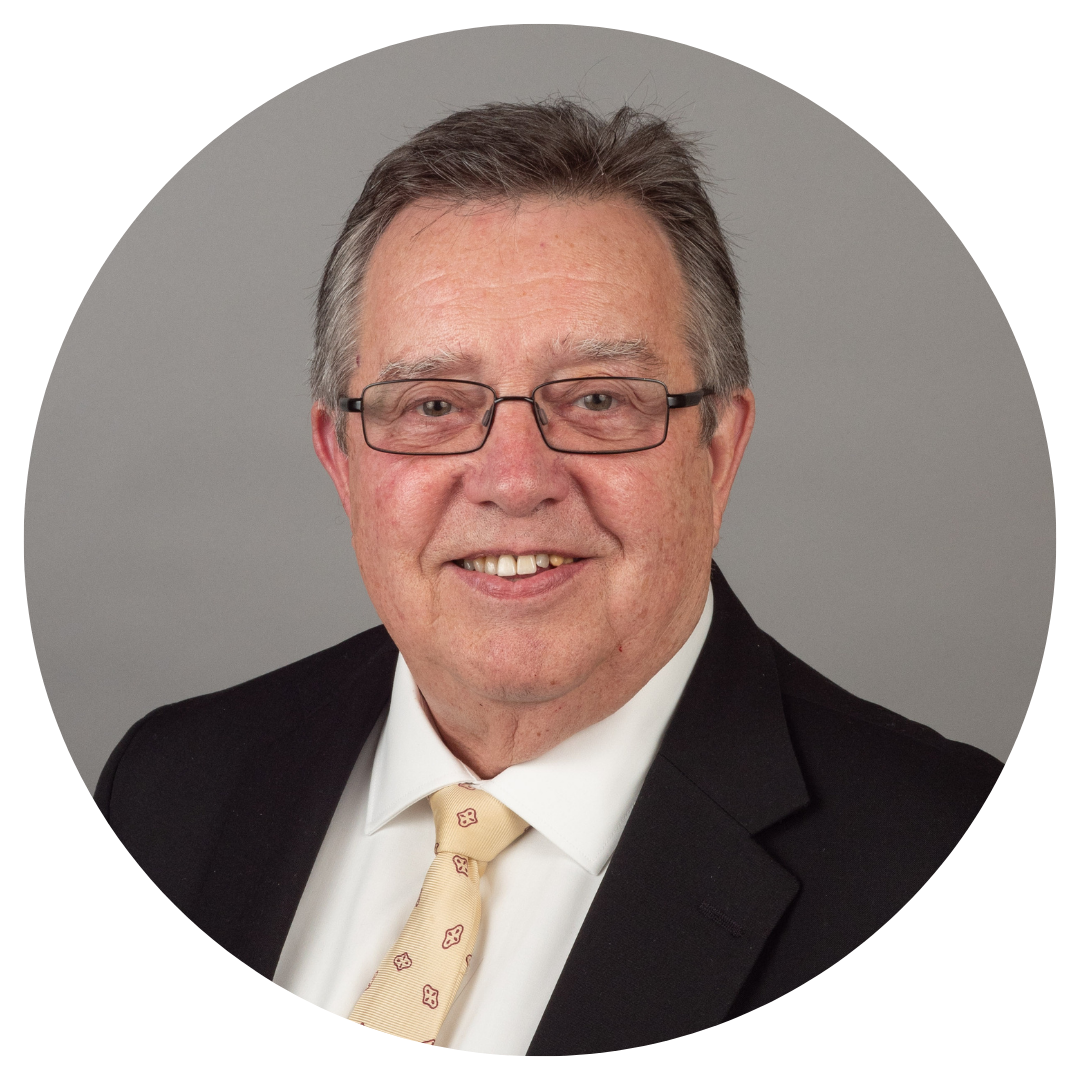 Morris Webster, ministry leader to members of the legislature in the state of Delaware, is another who has launched weekly Bible studies to local government leaders in his state and is working to increase their numbers. If you wish to learn more about LGM, click here.

Capitol Ministries has been working to grow LGM for several years under the direction of retired businessman Dr. DeShong who has served as a volunteer in many ministries through his life. 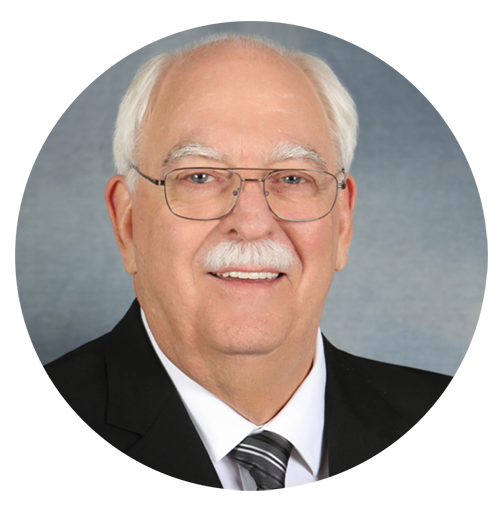 The curriculum for LGM is the book, Oaks in Office: Biblical Essays for Political Leaders, which contains 52 of the most pertinent Bible studies that Drollinger has written in his more than 25 years experience in ministry specifically to meet the personal, spiritual, and professional needs of public servants. The studies may be downloaded free to Bible study participants.

The Oaks in Office book set will soon be re-published with two new volumes: “Knowing Jesus” and “Government and Economics.” Rebuilding America has been revised and expanded and will be published later this year under the title, All in Authority, Rediscovering the Missional Mandate of the Church.

Both books will be republished and be a part of Faithlife’s Equip platform (Faithlife publishes Logos Bible Software which has over six million users). The Equip platform is vastly becoming the “Amazon” to the church market.

Since CapMin’s founding in 1996, Drollinger and his wife, Danielle, envisioned discipleship ministries in every state, to national leaders in Washington, D.C., in foreign federal capitols and in local government.

So far, CapMin has established ministries in 43 states, three in Washington, D.C., and in more than 30 foreign nations. Local government ministries have been planted in California, Texas, Delaware, Florida, Illinois, Oregon, Idaho, Missouri, Ohio, and in dozens of provinces and territories in European nations.

Pastor Johnson is grateful that he learned about the biblical priority to teach God’s Word to political leaders which has changed his thinking about evangelism.

“We have the opportunity to influence the largest group of influencers in our nation with the Gospel of Jesus Christ and I’m committed to doing that,” he said.

If you wish to support Pastor Johnson’s efforts in Montana, please click here.