News and Views From Capitol Ministries®
You are here: Home / Ministry Updates / “You Have Been Called to This!” Rick Perry Tells CM Ministry Leaders From Across the Globe

Ministry leaders and husband and wife teams from 31 nations and 14 U.S. states were encouraged last week in their work to teach the Word of God to political leaders in seats of power from local governments to federal parliaments around the globe.

Nearly 100 persons attended sessions on how to create and sustain discipleship ministries to political leaders at the week-long conference that was held at the acclaimed Museum of the Bible in downtown Washington, D.C.

“The big picture of Capitol Ministries is to eventually be taking the Word of God to every elected official every week in every country of the world,” said Ralph Drollinger, President and Founder of Capitol Ministries (CapMin). “This will take persistence; this will require dedication; this will require consistently drilling down to exposit the whole purpose of God.”

Ministry leaders also heard from White House Cabinet Members, U.S. senators, and representatives about the importance of teaching God’s Word to people in political power and how the Washington D.C. Bible study they regularly attend impacts their lives personally and professionally. 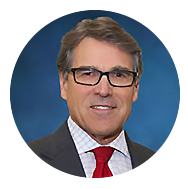 “You have been called to this,” said Rick Perry, former U.S. Secretary of Energy. “You will be affecting the lives of political leaders; you will be an example of Jesus Christ to them. The most important characteristic of a public servant is humility.

“I’m from Texas and that is a hard concept,” he quipped. “But every week in the Cabinet Bible study I get a dose of this and what the term ‘servant’ really means. Christ meant for us to have humility. It is important for us to reflect that character trait.”

“When you are grounded in the Word, all the clamor and noise goes away and you realize what is really important.” 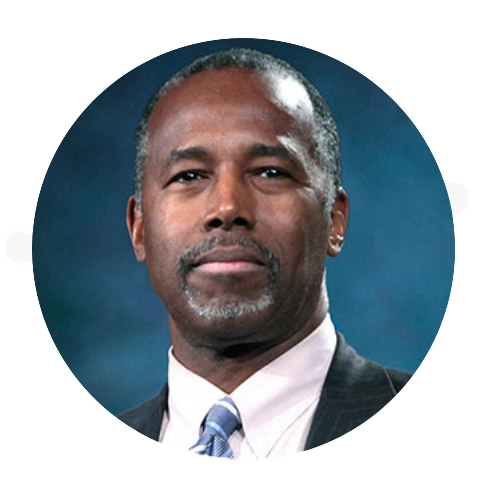 Dr. Ben Carson spoke about being fortified and supported by the weekly study. “All of my policies are biblically based and that puts me at odds automatically. Jesus accepted people. He brought them in and he changed their hearts. We have to think the same way but we have to be uncompromising on principle.”

This morning panel also included former Secretary of Labor Alex Acosta; U.S. Sen. Kevin Cramer, N.D.; and U.S. Rep. Bill Johnson, Ohio. We will be bringing you stories of what they said in the future. 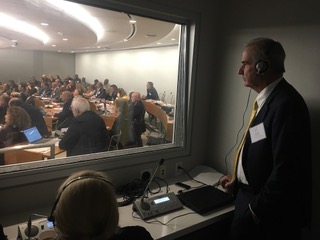 The days were filled with multiple training sessions and as the speakers taught, the international participants listened through earbuds to translators ensconced in booths who simultaneously translated the presentations into Russian, Spanish, and French.

One repeated theme throughout the conference was the need and value of persistence to make disciples of Jesus Christ in the political arena of the world, which is measured not in days or weeks or months, but in decades. 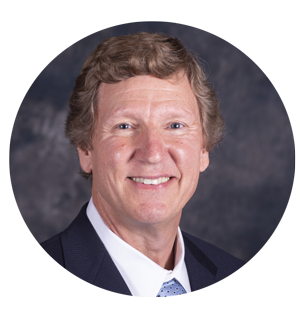 “The apostle Paul did not know what was to happen, but he knew what he was supposed to do. He was compelled by the Spirit,” said Dr. Randy Adams who led a morning devotion. Dr. Adams is the Executive Director for the Northwest Baptist Convention and a member of the Capitol Ministries Board of Directors.

“And be assured, if you accept the responsibility of teaching the Bible to political leaders, you will be persecuted,” Dr. Adams said, noting that while Paul was warned by a prophet of God that he would suffer persecution, his response was, ‘I am going to Rome.’”

Some ministry leaders talked about persecution in nations that are openly hostile to Christianity, and their willingness to create ministries regardless and face the consequences that will bring.

One pastor whose church is discipling 10,000 new converts every year in a Christian-minority and Christian-hostile nation said he had been physically attacked a dozen times. Once, an attacker pressed his foot on the pastor’s neck while others drew their swords. Each time, God miraculously saved him.

The pastor said he has been working for years to reach political leaders for Christ in his nation. He said he now will join with Capitol Ministries to continue that mission with CapMin’s biblical methods, even though recent laws make it illegal for Christians to approach non-believers with the Gospel.

“My grandfather was a militant Islamist and someone reached him with the Gospel,” the pastor said.

We are withholding that pastor’s name and nation to protect his identity.

At the conclusion of the training conference, CM’s global directors met together for several days of planning to discuss progress in their areas of the world in 2019 and to plan for 2020.

Numerous ministries were established or progressed this year in Latin America, Africa, Eurasia, Western Europe, the South Pacific, the Caribbean, and the U.S.

After evaluating opportunities, the leadership team set a prayerful goal of working by God’s enabling to establish 28 new ministries across the world in 2020.

Returning to the theme of persistence, Drollinger said, “Some places we might be able to make much more progress than others. You have to think in terms of decades of time. If we can do the spade work around the world and get hand holds on the mountain, maybe others will be able to climb at a later date. In some countries our objective should be to just get to the base of the mountain.”

Capitol Ministries has a long-term objective to establish 200 ministries in 200 nations in the years to come. See the various continental maps on our website to chart progress.

Thank you for your prayers; we will be bringing you more stories about the conference in the future. We ask your continued prayers for God to bless these new ministries, to protect and embolden CapMin’s ministry leaders, to identify additional political and ministry leaders globally, and for wisdom, guidance, and leading of Capitol Ministries leadership.