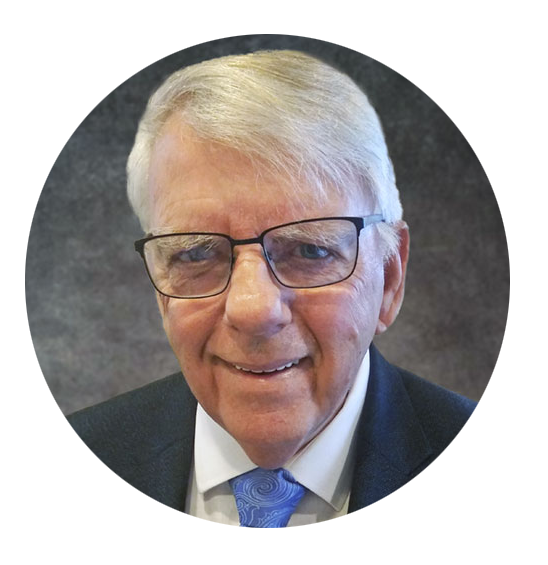 Frank Carpenter, Capitol Ministries’ very first ministry leader, has returned to lead the Bible study ministry to public servants in the state of Oregon that he began 34 years ago.

Pastor Carpenter had already been ministering in the Oregon capitol for 11 years when he read a newspaper story in the late 1990s about Capitol Ministries – the unique ministry that had been established in 1996 for California legislators.

Eager to speak with a like-minded pastor, he contacted the Drollingers. When he told Danielle about his ministry he remembers her saying, “Ralph is going to want to talk to you!”

After subsequent conversations, Pastor Carpenter quickly joined with CapMin. The relationship confirmed the calling he had as a boy. “I was born in Southampton England, the same port the Pilgrims left for the new world as did I at the age of 10 months,” he said. “I was raised on the Oregon coast in the small community of Yachats. It was here that I was introduced to the greatness of God and lived out the teachings of Romans 1:20. Beholding the wonders and glory of Our God’s Creation.”

With a growing interest in politics and a call to ministry, he preached his first sermon on David and Goliath at age 14 in Yachats’ Little Log Church. After earning a Master of Divinity from Western Conservative Baptist Seminary, he served at Hillsboro First Baptist Church where the desire to minister to public servants intensified.

With permission from the elders, he began ministering once a week at the capitol. Within weeks he was leading a Bible study and in 10 years he was at the capitol full time. He had a thriving ministry. Upward of 20 legislators, staff, and lobbyist attended his studies.

After 20 years, Pastor Carpenter and Merrilee, his wife, moved to Arizona to be with family (especially, he says, grandchildren), where he worked with the Center for Arizona Policy. Now back in Oregon, Pastor Carpenter has been enthusiastically welcomed by legislators, lobbyists, and staff who remember him.

After this year’s short session, Pastor Carpenter will meet legislators in their districts and write the Bible study he will teach on the theology of God, an examination of His nature, character, and essence.

“It’s important to know Who we worship,” Pastor Carpenter said.

While challenges may be greater as he begins anew in a state that is now known for left-leaning politics, he will have help.

Merrilee will partner with him in ministry, and Greg Wooldridge, former Commander of the Navy Blue Angels precision flight team who was once a gubernatorial candidate, will help reach out to legislators.

“The most impressive change I’ve seen is CapMin’s outreach,” Pastor Carpenter said. “Not only across state capitols, but Ralph’s involvement in D.C. and in capitols around the world. God is moving in mighty ways through Capitol Ministries.”

If you wish to support Pastor Frank Carpenter and the ministry in Oregon, learn more at capmin.org/oregon.